Eva Demaya is again on the map in Malawi after a very successful and enjoyable event on Monday 28 September.
That day Luviri Secondary School was officially handed over to the Malawi government. 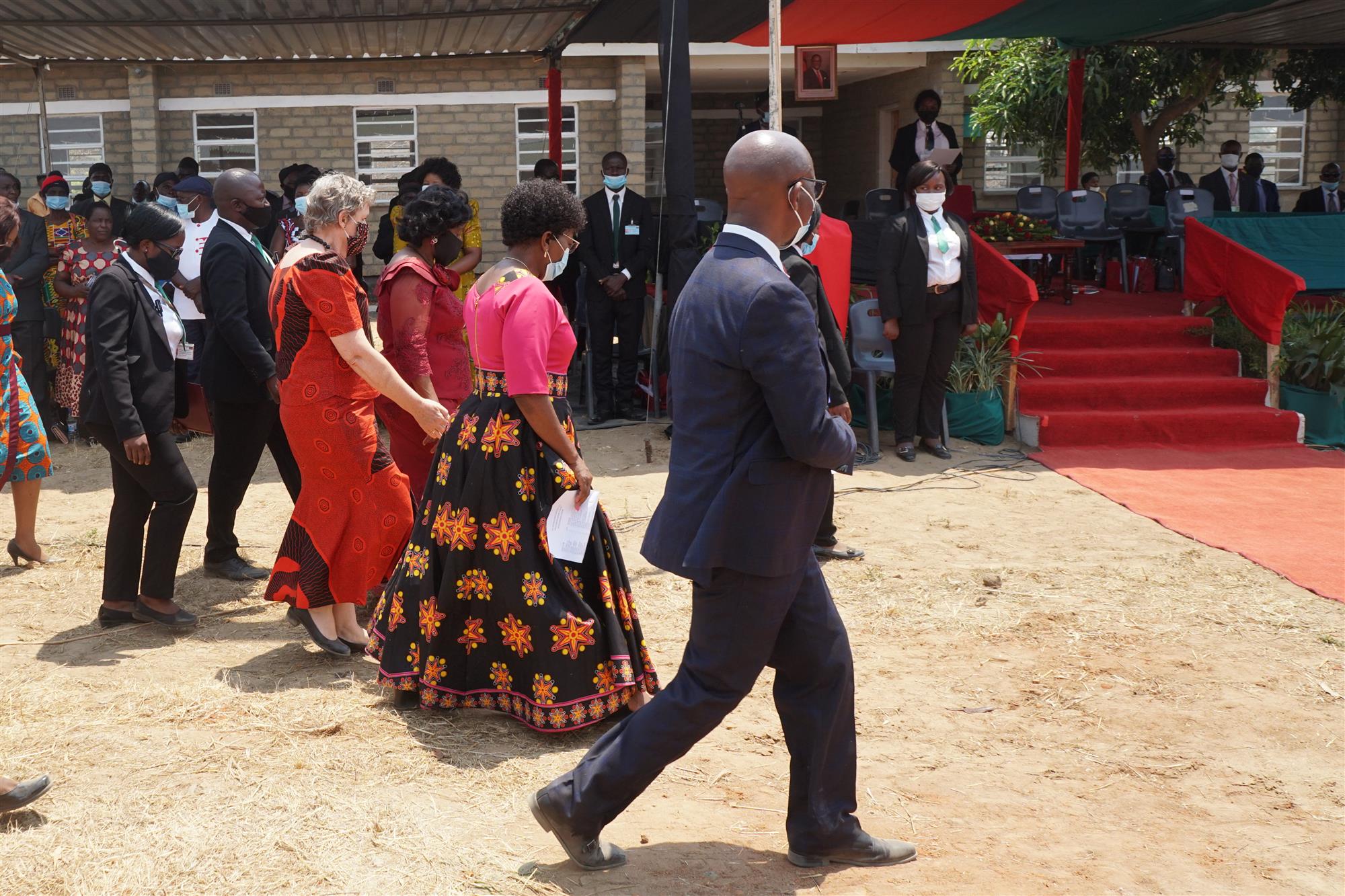 The ceremony was a very high profile one, covered by all the major media outlets here, as the guest of honour was the First Lady of Malawi, Mrs Monica Chakwera, wife of the new State President, His Excellency Lazarus Chakwera. The First Lady comes from the Luviri area, appreciates the work of the Centre so she was delighted to accept Jacqueline’s invitation to come and cut the ribbon to mark the official hand-over.

The First Lady’s speech emphasized the vital importance of education as a driver of national development. Luviri Secondary School can bring enormous benefits to many young people for years to come. 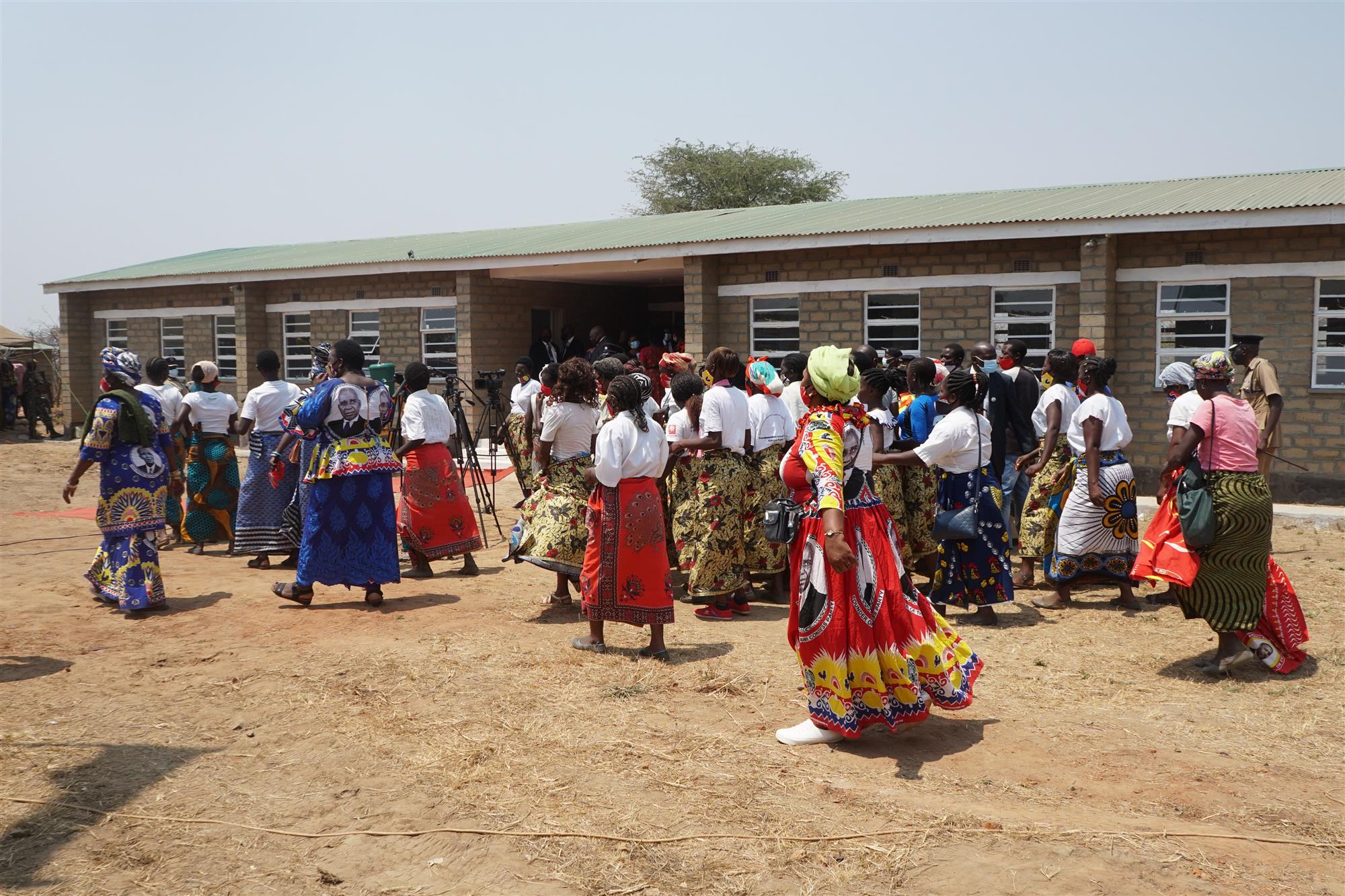 Also present was the Minister of Education, Mrs Agnes Nyalonje, who in her speech cited the achievement of Eva Demaya in creating this beautiful school as an example to the whole country of what is possible with energy, vision, skill and sound use of financial resources. The high quality of the construction of the various buildings was noted by both speakers. The donors in the Netherlands were extensively praised and thanked for making the whole project possible.


A pleasant surprise was the Malawi government’s confirmation that it would supply the school with beds, mattresses, books and desks.

While the First Lady’s presence gave a lot of extra preparatory work for this big event, the organisation was more than rewarded by the extremely positive and extensive publicity resulting from it. Everyone has commented that the school looks magnificent and general hope is that it will become operational as soon as the Covid-19 situation in Malawi allows. 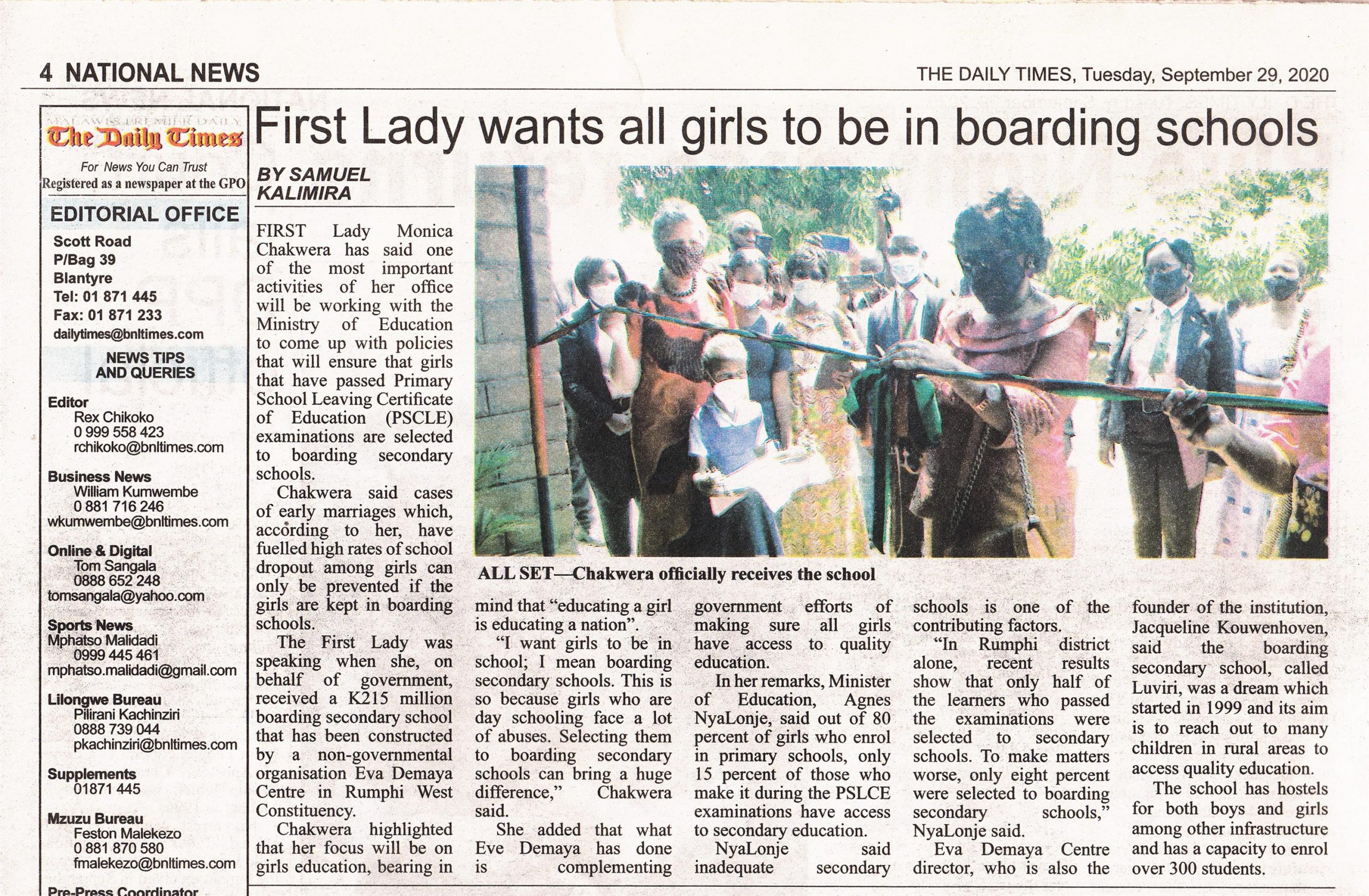