The Eva Demaya Center is under supervision of the Malawian ministry of Health care. The Centre is submitted to inspections by the Ministry 4 times a year. Recently the Center was awarded a ‘Certificate of excellence’ for the PMCT and ART services they offer. 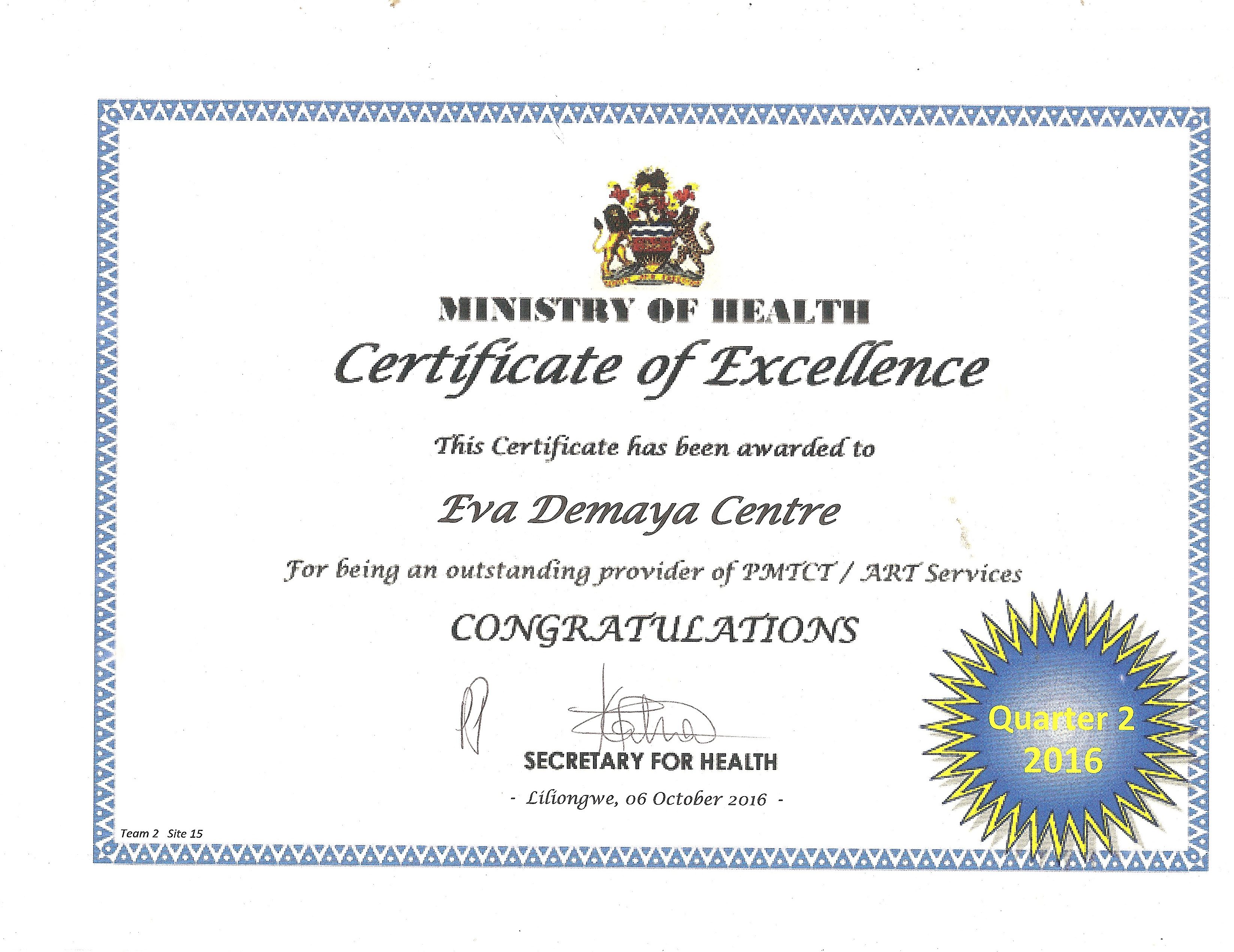 PMTCT means Prevention of Mother To Child Transmission. In this programme pregnant women are tested on HIV. If a women appears to be HIV positive, the Center immediately starts with medication to prevent the women to develop aids. The medicine also protects the unborn child to catch the virus and most babies are born completely healthy. n. The PMCT programme is executed in the maternity clinic at the Centre, during pregnancy checkups.

With Anti-Retroviral Therapy (ART) people with HIV/aids are treated with medicines. The Center has a dedicated ART-clinic with specialised nurses to execute to programme.

HIV prevention from the Center has caused a drastic decline in new HIV-infections in the area and with the HIV treatment infected people can live longer with higher quality of live.
It is very affable for the workers at the Center to see the results of their efforts and to get recognition for that with this Certificate of the government.

Note. Malawi’s HIV prevalence is one of the highest in the world. The Malawian HIV epidemic plays a critical role in the country’s low life expectancy of just 54.8 years.
Over the last decade, impressive efforts to reduce the HIV epidemic have been made at both national and local levels. New infections have dramatically declined and fortunately it also witnessed a substantial reduction in children acquiring HIV.
The Malawian HIV epidemic varies greatly across the country, with HIV prevalence in Southern regions of Malawi twice as high as Northern and Central regions. The catchment area of the Center has with 6,6% a relatively low percentage of HIV-infections compared to the national average of 10,3% (numbers from UNAIDS 2014).